He is not a God of the dead but of the living.

SOME Sadducees, those who say there is no resurrection, came to him and asked him a question, ‘Teacher, Moses wrote for us that if a man’s brother dies, leaving a wife but no children, the man shall marry the widow and raise up children for his brother. Now there were seven brothers; the first married, and died childless; then the second and the third married her, and so in the same way all seven died childless. Finally the woman also died. In the resurrection, therefore, whose wife will the woman be? For the seven had married her.’

Jesus said to them, ‘Those who belong to this age marry and are given in marriage; but those who are considered worthy of a place in that age and in the resurrection from the dead neither marry nor are given in marriage. Indeed they cannot die any more, because they are like angels and are children of God, being children of the resurrection. And the fact that the dead are raised Moses himself showed, in the story about the bush, where he speaks of the Lord as the God of Abraham, the God of Isaac, and the God of Jacob. Now he is God not of the dead, but of the living; for to him all of them are alive.’ 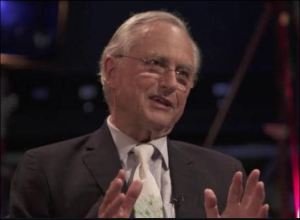 Well, this New Atheism that Dawkins represent is actually not new except they are nastier in their dealings with people of faith than the classical Atheism. Again, this unbelief in the afterlife by the New Atheists in not a new thing.

In our gospel we heard the Sadducees—who were the temple authorities, the religious leaders in Jesus’ time—tried to mock Jesus by bringing up the case of the woman with seven husbands. They wanted to humiliate Jesus; to prove how ridiculous his teaching about the resurrection was by asking “to which of them will she be wife since she had been married to all seven?’ Dawkins and the New Atheists have one thing in common with the Sadducees in their error about the afterlife. They “are thinking of heaven in earthly terms!” Ultimately, the New Atheists, like the Sadducees, are trying to reduce God, applying to God the human restrictions.

And the danger of cutting God down to our size; to regard God as a being among many, even if we think of God as a supreme being, is, nonetheless, to have a distorted view of reality. If God is just another being among many, then we will view God as a competitor—and by extension the Church as a competitor if not as a nasty enforcer of a very competitive God. In fact, the New Atheists and many of us think this way; that the more we think of God, the less freedom we have, the less happiness we have. Hence, the famous quote from the father of Atheism Ludwig Feuerbach: “nein zu gott ist ja zu menschen,” a no to God means a yes to humanity! The result: we becoming cafeteria Catholics. That is, we accept Church teachings that fit our likings, what’s convenient to us—whether social, spiritual or moral.

The problem with this is we cannot justify any morality, any social ethic and belief objectively apart from God. Because without God all becomes relativise—moral acts become dependent on what I feel good now but maybe not tomorrow, or in two weeks’ time. Therefore we end up with no morality at all. We end up as nothing. No dignity, just lumps of meat—to be used, to be traded or even discarded at the whim of those who have power. That happened with the Nazis. It also happened in socialist Russia and communist China. And guess what? It is potentially happening in our own country—think about the redefinition of marriage, think about abortion, think about euthanasia. Despite the sophistry, the euphemism, these policies are a manifestation of a reality that reduces God as one more being among many other beings, and who is in competition with the world.

And precisely because we believe in these, the mystery of the Incarnation make sense; that God love us so much that He humbles Himself to share our humanity so that our humanity if divinized. This is why the paschal mystery—the passion, death AND resurrection—the afterlife, make sense. That is why the teachings of the Church make sense. God does not want to lose us, as we have heard from last Sunday’s gospel and homily. On the contrary, God wants ALL of humanity to be gathered once again with Him. Hence the Church’s mission is to seek the lost, to give every opportunity for the unchurch to be reconnected with the Church and with God.

But if we try to reduce the irreducible God; if we do not believe in the teaching about the resurrection and the afterlife, we are making the same mistake as the Sadducees made. And that is just simply dead wrong.