A Reading from the gospel of John

‘As the Father sent me,
so am I sending you.’

After saying this he breathed on them and said:

Thomas, called the Twin, who was one of the Twelve, was not with them when Jesus came. When the disciples said, ‘We have seen the Lord’, he answered, ‘Unless I see the holes that the nails made in his hands and can put my finger into the holes they made, and unless I can put my hand into his side, I refuse to believe.’ Eight days later the disciples were in the house again and Thomas was with them. The doors were closed, but Jesus came in and stood among them. ‘Peace be with you’ he said. Then he spoke to Thomas, ‘Put your finger here; look, here are my hands. Give me your hand; put it into my side. Doubt no longer but believe.’ Thomas replied, ‘My Lord and my God!’ Jesus said to him:

‘You believe because you can see me.
Happy are those who have not seen and yet believe.’

There were many other signs that Jesus worked and the disciples saw, but they are not recorded in this book. These are recorded so that you may believe that Jesus is the Christ, the Son of God, and that believing this you may have life through his name.

AS a former beat reporter for a non-profit news agency in the Philippines, it is fascinating for me watching the news and the analysis of the news, especially these recent weeks about China, the US, COVID-19, and about the High Court’s decisions on Cardinal George Pell and the raid on 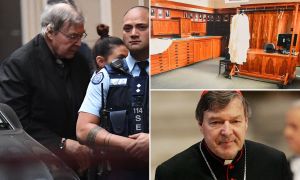 a journalist’s home, and many others.

The common thread that links all these topics is factual truth, or how people—like me and you—perceive and accept what are the facts and therefore, ultimately, what is true. In our world of social media, of “safe space”, and of identity politics, facts and truth are oftentimes the first things to be thrown out the window. Today, many of us reject facts because they sometimes do not align with our thinking, our ideologies, our agenda, or how we want to perceive the world. We reject the truth because sometimes to admit the truth is painful; it hurts our feelings. It is all about us. And so we would rather live in a delusion rather than to face pain brought about by the truth. 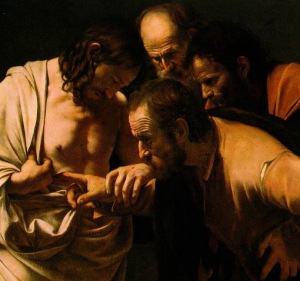 Enter, Thomas from our gospel reading. At first glance, we might think that Thomas was engaging in his own ego-drama; of rejecting the truth about the resurrection of Jesus—even from the witness his fellow disciples. ‘No,’ he said. ‘Unless I see the holes that the nails made in his hands and can put my finger into the holes they made, and unless I can put my hand into his side, I refuse to believe.’ But this very act by Thomas separates or differentiates him from many people of today. He was neither rejecting the facts nor the truth. You see brothers and sisters; from this passage we can suggest that Thomas had two great virtues. One is that he refused to say that he understood what he did not understand. May I suggest that Thomas was an example of faith that St Anselm calls fides quaerens intellectum—faith seeking understanding. Thomas had to be sure. And because of this fides quaerens intellectum, when he said, ‘My Lord and my God’, he went the whole way, no half-way house. He stuck with the facts of faith ‘till the end—his other great virtue. 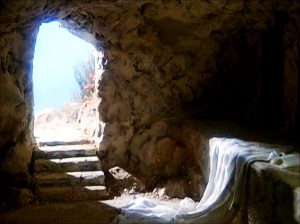 And here are the facts of our faith: that after three days, the disciples found an empty tomb! That after three days, the man who was crucified and witnessed by many to have died on the cross yet appeared alive to a room full of people! That the risen Jesus even convinced and converted the fiercest persecutor of the early community of disciples—St Paul himself! And the fact is that, by normal historical methods, the accounts of the life, death and resurrection of Jesus is far more reliable than, let say, the account of the life of Alexander the Great. This means the account of the resurrection can be traced and attested up to right after the crucifixion while the earliest account about Alexander the Great was 300 years after his death![i]

If we accept the account about Alexander, the Great as fact, why not the resurrection, the basis of our faith? Our faith is not a faith on the fairy in the sky, not a superstition as new atheists accuse us! Ours is always a faith seeking understanding. We do not reject reason. We do not reject facts. We do not reject the truth! And we have this certainty because we are guaranteed by Apostolic tradition and Apostolic succession!

Yes, brothers and sisters, our faith is based on facts. Our faith is based on reason. We may have the faith of Thomas, the faith that seeks understanding. That is good. But we must also remember the words of Jesus. Words that may be specifically addressed to each one of us: ‘Happy are those who have not seen and yet believe. ###