A reading from the holy Gospel according to Matthew

Peter went up to Jesus and said, ‘Lord, how often must I forgive my brother if he wrongs me? As often as seven times?’ Jesus answered, ‘Not seven, I tell you, but seventy-seven times.

‘And so the kingdom of heaven may be compared to a king who decided to settle his accounts with his servants. When the reckoning began, they brought him a man who owed ten thousand talents; but he had no means of paying, so his master gave orders that he should be sold, together with his wife and children and all his possessions, to meet the debt. At this, the servant threw himself down at his master’s feet. “Give me time,” he said “and I will pay the whole sum.” And the servant’s master felt so sorry for him that he let him go and cancelled the debt. Now as this servant went out, he happened to meet a fellow servant who owed him one hundred denarii; and he seized him by the throat and began to throttle him. “Pay what you owe me”, he said. His fellow servant fell at his feet and implored him, saying, “Give me time and I will pay you.” But the other would not agree; on the contrary, he had him thrown into prison till he should pay the debt. His fellow servants were deeply distressed when they saw what had happened, and they went to their master and reported the whole affair to him. Then the master sent for him. “You wicked servant,” he said. “I cancelled all that debt of yours when you appealed to me. Were you not bound, then, to have pity on your fellow servant just as I had pity on you?” And in his anger the master handed him over to the torturers till he should pay all his debt. And that is how my heavenly Father will deal with you unless you each forgive your brother from your heart.’ 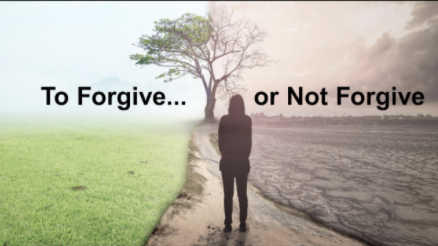 WHAT I like running the RCIA process is that learning something about the faith is not limited to those who are undertaking the spiritual journey of becoming Catholics. As companions to the inquirers and candidates, we too, learn from them. Several years ago, I discussed with a catechumen and his sponsors about the Lord’s Prayer and I was trying to explain to them the meaning and significance of the prayer in our lives as Catholics.

When we came to that line in the Lord’s Prayer that says “… and forgive us our trespasses as we forgive those who trespass against us,” one of the participants suddenly exclaimed following with the question: “So will I only be forgiven if I forgive? What if one does not ask for forgiveness or even refuse to acknowledge his or her wrongdoings against me? That would not be fair.”

A valid question. Most of us will probably struggle with this question. Indeed, it is hard to forgive. Because what is involved is not just a notion that something was broken or being betrayed; that something unfair has been committed.

It is not just a “head” thing. More importantly, it is hard to forgive because it involves emotion; feelings of anger and hurt. Oftentimes, it is hard for us to forgive because we are angry and hurt. But maybe our anger and our hurt are also manifestations of our love to that person “who trespass against us.” The more anger, the more hurt we feel may correspond to how we bond with that person. That is why it is harder to forgive those we consider close friends. Even harder with family members. Why? Because we naturally bond closer with our friends; because we love family more than any other person. Indeed, anger and hurt are part of our lives because relationships are part of our existence.

However, forgiveness does not mean we should forget about justice–that sense of fairness or giving “what is due to God and neighbour.” For we are all called “to respect the rights of each and to establish in human relationships the harmony that promotes equity with regard to persons and to the common good (Catechism, 1807).” True, Jesus told the adulterous woman that she was forgiven in the gospel accounts (Jn 7:53-8:11). But he did not let the woman off the hook either. Instead, he said, “Go your way, and from now on do not sin again.”

We are all given the gift of forgiveness but we are also called to make restitution and to conversion. For forgiveness or pardon without repentance or restitution negates the notion of fairness and the very sense of justice. As heard last week, Jesus wants the Church to care about tolerance, unity, and mercy, but he wants to care even more about the truth.

To the question: “Will I only be forgiven if I forgive first?” My answer was that we were already given that gift when Jesus became a man like us, died on the cross and rose from the dead. The thing is, we can only feel that grace if we truly repent for our sins and if we experience how it feels to forgive. Think about the feeling of being forgiven whether after going to the sacrament of reconciliation or after reconciling with somebody. How palpable it is; as if something heavy has been lifted off our shoulders. I know. I feel it every time I receive absolution and it always brings tears of gratitude towards our God and Father.

Yes, it is hard to forgive. And sometimes it takes time. But maybe the first step is to try freeing ourselves of the hurt; let the actions or the event that injured our feelings not hurt us anymore. Then when the hurt is gone, anger will also fade away until such a time that we can open our hearts once again and be ready to forgive when forgiveness is sought to restore harmony and relationships once again. 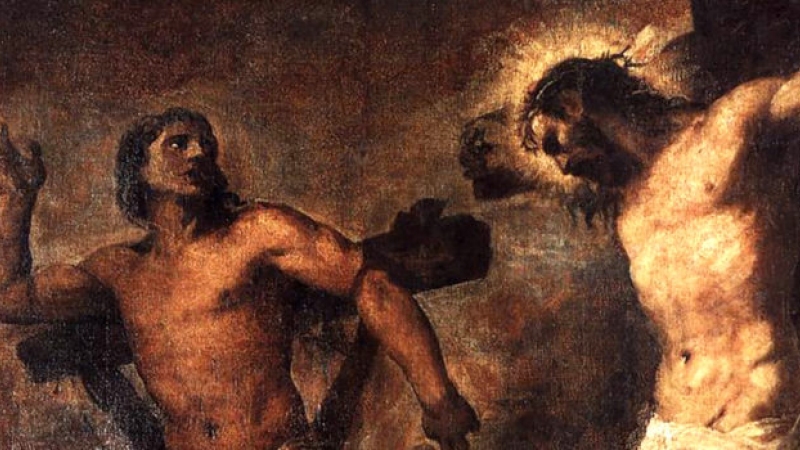 May also suggest, that while we are in this process, let us reflect on the words of the Lord’s Prayer: “forgive us our trespasses as we forgive those who trespass against us.” Let us also be constantly reminded of our Lord’s response to Peter when asked: “Lord, how often must I forgive my brother if he wrongs me? As often as seven times?” NO, Jesus said, “Not seven, I tell you, but seventy-seven times.”